While writing a story about creating an Cine-Bixler (AKA GoPro Mule) I got in touch with my contact at Matek to get my hands on one of the new Matek F722-WPX boards and accompanying  GPS units.  What I wasn’t expecting was the F405-WSE to show unannounced.   So, I soldered up both boards.   I am sure you want to hear about the F405 board in particular being that it’s new and all.

The delicate USB connector– This was the largest design weakness of the F405 Wing, the USB port.  It’s a vertical Micro USB  connector and prone to breaking, rather easily.  Thus, they were known to need to be glued onto the board or soldered into place. This became the single largest issue with the F405-Wing. There are a lot of people (myself included) who have an F405-Wing with a broken USB connector.  You can still use them, but the work around to connect to the board makes it less than ideal. Even when it’s secured down the Micro-USB cable means that you have to stop and worry about orientation of the cable which isn’t a big deal if you have easy access to the flight controller, and another issue if you don’t.

The other rather large problem with the F405-Wing is that  it’s fairly large.   I know, it’s not really that large, considering all that it does.  If it goes on a Mini Drak it’s probably not even worth mentioning. It’s weight of 25g means that it will have a marginal effect on the All Up Weight of most  planes.  But, as planes get smaller such as the  Dart 250G size and weight start to matter.

Retro fitting with the F405-Wing

The part where the F405-Wing starts to become a problem is trying to stuff it into some old plane you helped liberate from someone’s garage for $30.  The plane hasn’t been made in the current millennium  and yet it flies well.  Why not INAV it?  This is when you discover how INAV unfriendly this plane can be. If you could fit a flight controller in it, getting to the USB port would be impossible.  Now, you have a different option. Pull out the satellite USB/buzzer module when you need to access the flight controller, and neatly tuck it back in when you don’t.

The Bixler 2 is a wonderful plane. The kit is around $60 and there are parts for sale. The plane started off as a Chinese knockoff of the  Multiplex Easy Star. The Easy Star was beyond a trainer, it was easy to launch, easy to fly and doesn’t want to ever land.  The Bixler 2 got it’s basis from this plane but is a very clever update that stands on its own merits.  Still, the problem is that it has a very small opening in the fuselage that is meant to shove a battery in the nose and a receiver just behind the fuselage.   Unless you build the plane from scratch you get some interesting challenges if you want to throw your GPS and VTX on the fuselage.   The only way to make an F405 Wing work is if you turn around the flight controller 180 degrees so that the USB portion faces forward.  And this works great!   Still there are setup problems with this down the road.  It would be better if the flight controller is facing forward.

To recap the issues with the F405-Wing, fragile USB connector, odd placement of the USB connector, large form factor, weight.    The F405-WSE addresses most of these issues. It’s more or less a knock-off of the F405-Wing in a smaller footprint. The servo pins are in a different spot.  What I will point out are a few advantages that people may have missed.

#2.  Cam and VTX have the correct pin order.  On the F405-Wing the order for the pins is Red/Black/White  which is of course different than everything else in the market.  We usually have Black/Red/White.  Oh, lots of cameras and VTXs were fried because of this  The WSE now has the correct order per industry standards

#3. S1 and S2 are with the rest of the servos- Just as Matek has solved a way to prevent people from blowing up their cameras they introduce a way for them to blow up the flight controller.   If you’re using the old standard ESC’s for planes that have the 5V BEC built on and you plug the board into S1 and S2, you will get a special screening of the magic smoke show. To use that ESC, you need to kill off the BEC.   Take a tip from uncle Steve, throw on the shortest servo extension you can find and use that 5V BEC to power your LEDs.   Yes, there is an LED pinout on the board, but hey, you can never have too many LEDs, can you?

The reason I say this is an improvement is because, with the F405 wing there were four pins. S1/Ground/S2/Ground.  Thus, if you wanted to fly a plane with two motors you had a couple of choices, such as taking a 3 pin servo connector and splitting off the signal while sharing ground.  Or, finding a 4 pin connector and running them from the four wires while hacking off the 3-pin servo connectors. It’s a solder job, not difficult, but more steps.  If you just needed one motor you would need to take the white wire pin from the ESC and move it next to the black (ground) pin and this was a down and dirty quick fix.   Now you just plug it in as long as you’re not using a BEC. Or another solution is when you’re soldering the pins to board, skip the red pins on S1 and S2.  This would work with both styles of ESC. 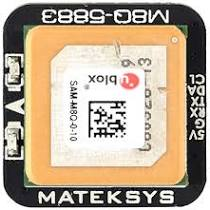 GPS integration- There is a connector that wires the F405-WSE to the M8Q-5883. Interestingly, this is a wing board and that GPS has a magnetometer.  Not that you need one for a fixed wing plane.  But, it all sets up very quickly, and it’s a very good GPS unit.

The obvious improvements  will be briefly mentioned

#1 Buzzer- Not that plane pilots need a buzzer all that much, but now you’ve got one.
#2.Satellite USB access- The USB comes attached with silicone wires on a satellite board. It also has the boot button and the buzzer that you can turn on and off with a switch.  You can hide it out of the way when you don’t need it and pull it out when you do need it, brilliant!
#3. USB-C connector. The advantage is that the USB connector doesn’t have an orientation, not like the D-style connector of the Micro-USB connector. It’s also very robust, so the changes of your breaking it have decreased.   I did ask, Matet has no plans of selling the satellite board in the future.

This is the part I pour a bit of cold water on this whole parade.  I did solder it up, and the similar sized F722-WPX.  These things are getting pretty small.  There are a series of flat capacitors that run along the signal pins, not too far away. I was very nervous soldering this.  What I did was to tilt the board at a 45 degree angle so that any extra solder spill would flow away from the electronics on the board.  I also cleaned my tip after each solder.  And maybe this would be a good topic for the group.  Would you be willing to spend an extra $5 on a flight controller if the pins were soldered on?   Because, for me, I’d say hell yes!

So, will this kill off the F405-Wing?  I don’t think so. It’s been around for quite a while and it supports not only INAV but Arduplane.  The F405-WSE does as well. So, it’s going to come down to price and availability.  If I were to build a plane where the size of the flight controller wasn’t important I would rather stick with the F405-Wing simply because I can solder that one easily.  On builds where size is important, this one wins.   Would I pay more for this versus the F405-Wing? It’s hard to say.   If I am putting out the money for an F405-Wing these days I would rather put out a few extra dollars and get the F722-WPX.  If the F405-WSE comes in around $35 it will probably sell well.  Which would be an interesting place to put it, will it kill off the F411-Wing?  Will it kill off the F411-WSE?   Or is Matek’s strategy to have so many good, affordable boards on the market that you never really consider the competitor boards?

My view is that Matek is starting to see the rise in demand for fixed-wing flight controllers and is starting to figure out the right formula.  Perhaps of any vendor we’ve seen in the INAV Fixed Wing Group Matek is the one that is by far the most proactive.

I Betrayed INAV with Ardupilot! And I Almost Don’t Regret It…

FrSky failsafe disarm bug that you need to know about!